Prayer for a fulfullment of
Isaiah 61

" In this you greatly rejoice,
though now for a little while
you may have had to suffer grief
in all kinds of trials

These have come so that
your FAITH - of greater worth than GOLD
... may  be proved genuine.." 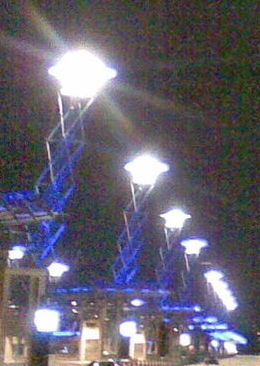 More Than Gold at Homebush Bay

In 1993 the 2000 Games were awarded to Sydney.  the preparations for the bid and the concept design for Homebush Bay go back at least another 5 years.

I rang 2WS by 5am.  Sunday night I was interviewed on 2GB

there were submissions to write - to the planners of the site, transport needs and presenting the vision of local ministry

to supplement city wide ministry.  I was on 3 - 5 commitees.

and I negotiated an agreement that I organise the local Homebush Bay More Than Gold Committee for local ministry.

our 1996 More Than Gold Luncheons

we were the only comittee to also hold New Years Eve Prayer Vigils.


from Homebush Bay to the world.

It was a steep learning curve with many late nights.

,I found a Christian Hosting site and set up and maintain a local ministry site originally based in Newington.

Newington precinct 1 and 2 were the Athletes Village during the Sydney Games..

Enduring Faith on You Tube